THe day of the lord 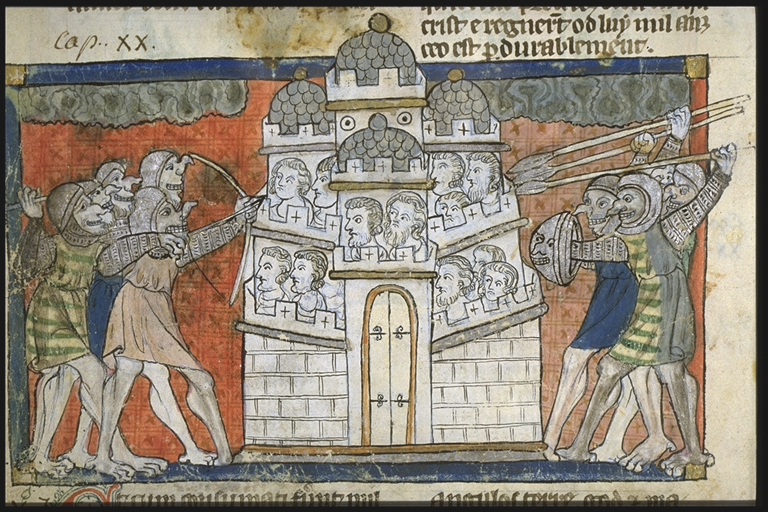 ​
I will make known my holy name among my people Israel. I will no longer let my holy name be profaned, and the nations will know that I the Lord am the Holy One in Israel. It is coming! It will surely take place,' declares the Sovereign Lord. 'This is the day I have spoken of.'
The Lord Will Rescue His People, All His People, As Promised. The Lord is not slack in promises of rescuing people from the error of their own ways, as they've attempted to exult themselves to His level. He gave Adam the opportunity to follow God's ways or go his own way, and we know what happened. Once Adam chose his own way, it set the great wheels of God into motion to redeem Him and mankind, because all mankind would fall into depravity, disobedience, and would need a way of escape from their brokenness and sinful ways back to the peace, life and joy of the Lord. We were made to wear the glory of God, and apart from it, there is only darkness for God is the light of the world and the light of mankind (John 8:12). Following our own ways is to deny God, which profanes His name (Proverbs 30:9). When we exalt ourselves, in a futile attempt to be equal with God; we follow after Satan, for this is the error to his ways. There will be a day of Lord where He will vindicate His holy name.

The Great Day of the Lord. In many places, and in many ways, the Lord has spoken throughout the entire bible about the day of the Lord, with many events, from the beginning of time, leading up to this grand finale of a day. All things are leading up to the events of this day; which is happening so His name will be known and be known as holy. Without going into much detail, here are some events of that day:
His Name Was Profaned. The lies of the enemy against God's holiness can clearly be seen in a letter written by Sennacherib, king of Assyria, written to King Hezekiah of Judah, during the time of the prophet Isaiah. (Isaiah 26:1-22). The enemy made up lies against God's holiness and efficiency to protect and save His people. He did this to weaken their faith, in an attempt to make them unfaithful to God, by trying to convince them that they would have to seek their own ways and means. Hezekiah sought God in deep reverent prayer and God answered his prayers, but this example shows how the enemy attacks. In the letter, the enemy states that God is the liar and can't be trusted and He can't save His people, for the enemies is too powerful and has already defeated many nations (Isaiah 36:13-16; 18-20). He also adds that instead of following God, the people need to follow him; for he will allow them to eat the fruit of their own vine, from their own fig tree, and drink of the water of their own cistern, and he will give them their own land (Isaiah 36:16-17). The enticement of having everything your own way, without the 'heavy woke' of the Lord and His ways; always having to eat of His fig tree and drink of His living water. The same trick in the garden of Eden, telling Eve that she could be 'elohim' (Genesis 3:5). Elohim is the general word for either God or god; it is H430 Strong's Concordance. Many today, follow after these false teachings.

The Root of all this Unfaithfulness is PRIDE. The enemy of God is portrayed Leviathan, a fearsome fish, which is known to be Satan. We learn from the Book of Job that the root of all this warring against God is PRIDE, for we read, He (Leviathan) looks on everything that is high; he is the king over all the sons of pride (Job 41:34 NASB). The word high is the Hebrew word gaboah, and in the Strong's Concordance H1364 it means exalted. We also know that Satan was once an anointed Cherubim who lived in the holy mountain of God, but because of pride, from admiring himself and wanting to elevate himself equal to God, he was found to have iniquity in him (Ezekiel 28:14). And we know that, he who sins is of the devil, for the devil has sinned from the beginning (1 John 3:8). When we turn from God's ways we are following Satan and thereby saying that God can't be trusted.

Nothing That Exults Itself Against the Holiness of God Will Stand. This is the main point of God always allowing things in life to humble you, for nothing lifted high or exulted will stand in the end. Fire from heaven will reign down upon it. Submit yourself under the hand of God, and allow Him to refine you now. Do not lean on your own ways, as this is the way of disobedience; for the Lord has spoken, He has promised to be your God and for you to be His people. In his He will protect, provide, lead, deliver, comfort, care, and love you. All that He does, and allows to happen in your life is good. No charge against Him can stand, for in Him there is no darkness (1 John 1:5).

Dear heavenly Father, help us to know that You are Holy, and all Your ways are good; help us to stand against the lies of the enemy, so we can remain faithful and obedient to You, for Your ways are life to us; help us to always seek Your wisdom and strengthen us in our daily lives so that Your light shines brightly through us. Amen